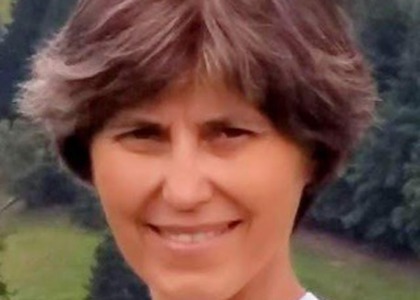 Music Days of Targu Mureș Festival is a traditional event that takes place annually at theTargu Mureș Philharmonic. The 50th edition is performed with audience this year. Margit Farkas, the musical secretary of the instituion, provided us with more details about the festival.

Mrs Margit Farkas, given the circumstances imposed by the pandemic, how is the 2021 edition of Music Days of Targu Mureș Festival?

We have reached the 50th edition of the Music Days of Targu Mureș Festival, which this year is carried out between May 13th-27th. All concerts take place at Palatul Culturii in Targu Mureș, with an audience. We are glad that the epidemiological situation allows us that. This week, the audience occupy 50% of the room capacity, i.e. 296 seats. This is an upgrade to last week, when only one third of the places were allowed to be occupied, i.e. 186 seats. Prevention measures will be followed. Concerts are running without a break.

Who are the invited guests of this edition?

Since last week, the pianist Viniciu Moroianu and the conductor Cosmin Morariu are among the guests. Also, on Sunday the 16th of May, I attended a concert, with seven students of the Targu Mureş Art High School as soloists. This concert has a several decades tradition. We give eminent high school students the occasion to present their work in the current school year. This concert is a climax for them, as they have the opportunity to be accompanied by the Symphonic Orchestra in Targu Mureș State Philharmonic. On Wednesday, 19th of May, the mixed chorus of the philharmonic, conducted by Cosmin Morariu, will perform Petit messe solennelle by Rossini. The soprano Borsos Edith, mezzosoprano Mădălina Herrero, tenor Szabo Levente, namely the bass Silviu Cilinschi will be the soloists. The musical piece will be accompanied by the piano of Santha Huba, Laszlo Cristina, and Molnar Tunde at the organ, respectively. Then a concert will take place, that was supposed to take place last year, in Beethoven year. We rescheduled this concert for the 20th of May and it will have as protagonists the conductor Theo Wolters and the pianist Alina Bercu. The two artists, together with the Symphony Orchestra of Targu Mureș State Philharmonics, will perform Symphony no 1 and Piano and Orchestra Concerto no 1 by Beethoven. Then, the cellist Filip Papa, alongside Tiberius Quartet in the Philharmonics, will perform a chamber recital on the 25th of May; they will perform a Mozart string quartet and a string quintet of Schubert. The festival closure concert will take place on the 27th of May. It will be conducted by Tiberiu Soare and accompanied by the pianist Fulei Balazs from Hungary. The program will include Mozart, Piano and Orchestra Concert D Major No 26 and Symphony no. 5 C Minor by Beethoven.

How do you describe, broadly, the evolution of the festival during all these years?

Music Days of Targu Mureș Festival isthe climax of each season. For 50 years, except the year 2020, we managed to pamper the audience with the most attractive offers. Under the given conitions, we hope that this year we will have the same experience. Furthermore, this year the concerts are recorded by televisions present at Targu Mureș. Some concerts are recorded by Romanian National Television, others by RDI TV or City TV, and these recordings are to be broadcast at a later date. We are looking forward to meeting our audience at the four remaining concerts of the festival.