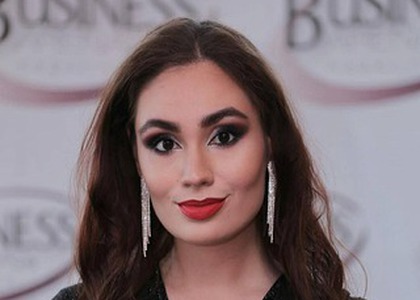 On Friday, May 28th, the winners of the Heirs of Musical Romania scholarship were announced, a project developed by Radio Romania Musical in partnership with Rotary Club Pipera. Among the winners of this edition we count the soprano Aida Pascu.

I would like to talk about participating in the competition for the "Heirs of Musical Romania" Scholarship. What motivated you to participate in this contest?

I found out about this competition on the radio - not me, personally, but rather my father, who was listening to Radio România Muzical and, all of a sudden, he asked me if I should try. I thought, while being in the possession of some videos which were quite representative for my evolution, it wouldn't hurt to try it too because I want, of course, most of all, to do everything in my power to evolve professionally and learn many things.

Why do you think the recordings you made are representative?

They have already been sent to some competitions. The recording of "Come scoglio" was sent to the faculty. Prints have been made, that, in my opinion, are beautifully and professionally done.The study, of course, and the technical approach have been very, very intense lately, especially since it is a pretty busy period ... Thank God, we are starting to we move again, in the art world!

As a student at the National University of Music in Bucharest, how did you go by throughout the pandemic?

Honestly, it was quite difficult because it took us by surprise, especially in terms of classes, when everything was shut down. Of course, the university managed to organize everything very quickly and very well with everything in regards to online courses, but the most difficult part was the practical one. Thusly, the opera and singing classes, choreography, even acting ... it was hard to do online. But we also got over this and now we take full advantage of the live hours.