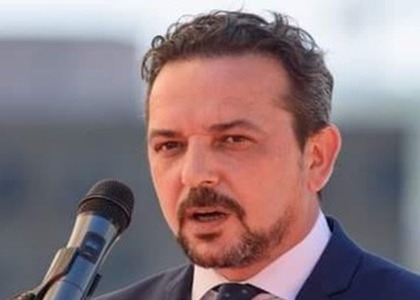 June brings a multitude of events on the stage of the Romanian National Opera in Iași, as well as new collaborations with cultural institutes in the city. Prof. Univ. spoke about the latest projects of the Iași Opera. dr. Daniel Șandru, the interim manager of the institution.

In June, the Romanian National Opera in Iași offers a varied program, outdoor performances, events dedicated to children, but also the premiere of a work by Donizetti. How did the program take shape?

The main way to outline this program belongs to the Artistic Council of the Romanian National Opera in Iași, which we reinstated and which returned to function as soon as we took over the interim mandate of general manager. My colleagues, representatives of all the artistic departments in the institution and the nationally recognized cultural personalities, who somehow come from outside the institution, but still know its activity, thought of a program that would be diversified, addressed to different categories of public and very intense, for that I want to tell you that there are no less than 10 performances designed for June, which has not happened at the Romanian National Opera in Iasi for about 15 years, given that as we know, we share the great hall of the National Theater from Iași with the theatrical institution, so that a month is practically reduced by half, considering that beyond the performances, the rehearsals for each one intervene. This program is very intense and we are glad that together with all our colleagues in the opera we can support it for the benefit of the public.

How do you appreciate the interest among the spectators for the events you organize, given that for a long time the performances with the public were not possible?

The Romanian National Opera in Iași has a loyal audience, it is an audience that meets in an intersection that follows the opera as such, but also the ballet. We also tried to maintain the public interest during the period when the city of Iași was in the red scenario and I am talking about the period March-April. I played shows in the big hall, as if they were audiences, I recorded them and broadcast them online for free and I think that also helped a lot for the interest of the public to be further increased.

You have recently concluded partnerships with the German Cultural Center and the French Institute in Romania in Iași. What do you intend to achieve and what do these collaborations mean to you?

They are very important, because they represent, say, the side of internationalization in a project we announced, taking a title from the Italian philosopher Umberto Eco, namely the Open Opera, which certainly means the work open to collaboration with other institutions. We first initiated partnerships with all the cultural-artistic institutions in Iași, but also with the most important academic cultural landmark we have here, namely the George Enescu National University of Arts, after which, I said that it is very important to have these collaborations with the Federal Republic of Germany through the German Cultural Center, the French Republic through the French Institute in Iași and we will also conclude a partnership with the British Council. We intend to organize for example shows that are suitable for the halls that the two institutions have, also to be able to find ways of collaboration so that soloists or instrumentalists, dancers, why not, French and Germans can come to play on stage. To the Romanian National Opera in Iași, as we also intend insofar as the budget will allow it to organize some tours in the European space.