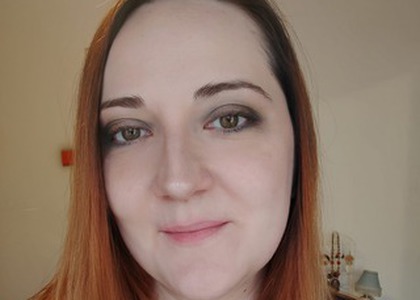 The Meridian international festival proposes an imaginary Planetarium where we can watch, between the 7th and the 14th of November, the motion of various musical constellations and trends. By and large, what will be the course of the 16th edition of the festival?

For the first time, Meridian Fest will also be held online as we have 6 concerts in Bucharest where access is permitted respecting the existing regulations. It is a festival that proposes an exciting theme. Ever since 2019, when we took over the organization of the festival, our team wanted to create a particular identity in the Romanian contemporary music scene and not only. And for that, we chose to associate each event of the festival with a powerful and very suggestive metaphorical umbrella.

In 2019, the theme was " Fantasy Gardens", which functioned as a pattern for every concert and event of the festival. This year, in 2021, we have an imaginary galaxy of planets and celestial bodies. Basically, the repertoire of each concert is chosen in such a way to represent as well as possible the identity of the imaginary planet that we have chosen for the respective representation.

To give you some examples, during the first day of the festival, the great ensemble Profil, led by Dan Dediu, will hold a concert under the umbrella Pro-Philia- the planet of the love to sing. Here's a very fitted association with the members of the Profil ensemble. Then, there will be the Arhy Way-from the Archeus ensemble, Polaris-from the Atem ensemble in Timisoara, Intersonar-by the SonoMania ensemble, which will hold a concert consisting of a selection of works from the various sections of the International Society Contemporary Music umbrella, which hosts the Meridian Festival and its organizer; Lyrica-the planet of songs, Metamorphia- the planet of changes( a piano recital by Adriana Toacsen), Asterisms- musical cartoons made out of stars, Eros Kai Thanatos-the planet of love and death, Terra Incognita- a very unique accordion recital. I think, maybe the Romania public has a very limited perception of this instrument that evolved very very well and the repertoire of the contemporary avant-gardist music is extremely vast; we have invited Ghenadie Rotari- an exceptional young accordion player. Then there is Ombra- a music and dance show ( Ana Topalovic and Rosalie Wanke will broadcast their show from Vienna). And for the final surprise, Shooting Star, proposed by Irinel Anghel.

So, here is a very diverse galaxy that will propose very diverse music because, at the moment, the branching of the trends and styles in the so-called contemporary music is very big and it is exactly that that we are trying to demonstrate and propose to the Romanian public. And even beyond that, because the advantage of this edition happening mostly online is that although we can not be with our public the way we would have wanted to, the events of the Planetarium Meridian Festival will reach more people,including an international public.

Will there be any musical pieces heard for the very first time?

Yes, there will be some musical premieres and I would like to mention a very important one. We have set out to pay homage in this edition to a marvelous composer whom we've lost in 2020, Octavian Nemescu- a composer associated with the archetypal trend, a composer with a very strong and original philosophy and a very original aesthetic. Efemerida-his last finished work-will be interpreted during the festival; it will be broadcast online on Wednesday, 10th of November during the Asterisme concert.

Moreover, the festival begins with Octavian Nemescu, because each day at 11:00 a.m, we have an imaginary radio station that will translate electronic music. And on the first day of the festival, on the 7th of November, X-radio will broadcast a piece by Octavian Nemescu; and after that, at 12:00 p.m there will be a round table dedicated to Octavian Nemescu-the Inner Stair, organised by UCMIR.

Other than that, I have to mention an imaginary tv station, X-tv.Every night at 9:30 p.m ,it broadcasts very interesting audio-video works strongly linked with the theme of the festival, with our fantastic planets, works that we've selected in 2020.

Furthermore, I have to mention that on the 7th of November, our partner The GoetheInstitute will hold a movie projection-an animated movie by Alexandru Claudiu Maxim-called Planetarium Astrosonor Observatory that is somehow a visual representation of the entire concept, a trip through imaginary planets.

For the ones who cannot make it on the 7th at 5:00 p.m at Pavilion 32, they can still watch it, online, on the 14th of November, but without the lighting system created by Irinel Angel in the opening of the festival, on the 7th of November.

In 2019, Meridian Festival also included a Musicology conference. Was that idea kept for this year?

Absolutely! There is a conference in Bucharest, coordinated by the young Vlad Vaidean, on the 14th of November, the last festival day, at 12:00 p.m. But, on the 13th we will broadcast a conference organized in Timisoara by Gabriel Mihalcioiu. And, besides that, there will be a round table in Cluj-Napoca, coordinated by Alexandru Murariu. Of course, there is also that other round table that I've told you about, the one dedicated to Octavian Nemescu, on the first day of the festival.