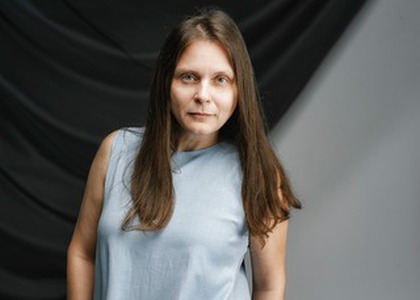 Interview with Oana Ivașcu, The Carnival of the Animals project manager

After projects such as The Music Laboratory or ConnectArts, the Cultural Association Isvor is currently running The Carnival of the Animals, a project through which it aims to bring the suite with the same name by Camille Saint-Saens closer to children in culturally disadvantaged areas of Vâlcea county. Oana Ivașcu, the project manager, talks about this initiative in the following interview.

On the 10th of November, The Carnival of the Animals website - a project dedicated to the musical education of children from culturally disadvantaged areas - will be launched, featuring the suite of the same name by Camille Saint-Saens. How did the idea for the project start?

The idea came from two perspectives. One was to provide original material to children in areas where access to culture is more difficult, and the second was to support musicians, young musicians. Further, because we want to popularise music and bring it closer to children, we have designed the suite in a version visually complemented by a filmed shadow theatre performance and workshops where children learn about shadow theatre techniques, animation and make charactersand perform small skits.

Together with Beatrice Iordan we added, in addition to the initial project, the presentation of a small series of traditional music instruments, performed by Florin Iordan.

The project continues from Friday in Vâlcea county. Which towns will you be visiting?

The film The Carnival of the Animals and the children's workshops have already been presented in four workshops in Vâlcea county - Mălaia, Muereasca de Sus and Sălătrucel. After the holidays, we will be back with the remaining six workshops, which will take place in villages such as Stoenești, Bodești, Budești, Golești, Berislăvești and Ulmetu. Continuing the series of projects dedicated to music and art education organised by the Cultural Association Isvor, such as The Music Laboratory and ConnectArts, The Carnival of the Animals is open to the public from all over the world. The audio-visual production will be available on carnavalulanimalelor.ro and our social media networks.

The project is co-financed by the National Cultural Fund Administration, supported by Radio România Muzical and in partnership with the National University of Music Bucharest.

Who are the members of the team you are working with?

The Carnival of the Animals brings together a wonderful team of artists and specialists. Starting with the ten young musicians who recorded The Carnival of the Animals in July at Sala Radio: Roxana Ioana Cîrciu and Andrei Gologan on piano, Valentin Șerban and Andrei Stanciu on violin, Alexandru Spînu on viola, Izabela Ghergu - cello, Vlad Rațiu - double bass, Diana Nedelea - flute, Sebastian Antoneac - clarinet and Irina Rădulescu on glockenspiel xylophone. They were coordinated by Adrian Buciu. Musical direction was by Florin Tudor, sound was captured by Andrei Barbu. In the children's workshop area we had a team made up of Beatrice Iordan - animator and workshop coordinator - and Florin Iordan, and Florin Ghenade and Irinel Cârlănaru took care of the video. Of course, we also had a specialist in piano tuning with us, The Carnival of the Animals being a two-piano work - Czernak Attila. The graphics and website of the project are by Daniel Ivașcu. Adelina Mariș is in charge of the communication side and Alina Ștefănescu coordinates the workshops in rural schools. My name is Oana Ivașcu and I was in charge of the production and coordination of the project.