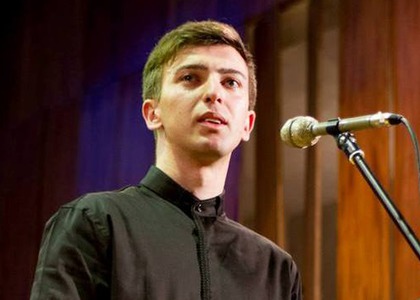 ''Smile and Sun'' is the title of the concert of Radio Children's Choir which will take place on Wednesday 1st of June, at 5 PM, on Radio Hall's stage. And on Saturday, 4th of June, starting with 7 PM, the choral assemble will be able to be watched during the concert, also on the Radio stage, as part of the International Organ Festival ''Cantus ecclesiae''.

Răzvan Rădos, the Children's choir conductor, will give more details:

It is a full week with two concerts for Radio Children's Choir which you conduct. First, let's talk about the one on Wednesday, which is dedicated to Children's Day, entitled Smile and Sun. What is the concept and how did you choose the program?

On Wednesday, at 5 PM, at Radio's Hall, Radio Children's Choir will bring on stage all the songs they love and which they considersuitable for the very young audience, because, as you have said, the event on the 1st of June is dedicated to childhood and we are expecting all children age groups, in order to enjoy both Romanian music, the infamous Alexandru Pașcanu, with his songs dedicated to children's choirs and Ion Dumitrescu, with his wonderful Taraf Kids, and also music from Disney productions or from the greatest cinematographic productions of the music genre, such as orchestrations by Bob Chilcott, Alan Menken, with the infamous Beauty and the Beast and Richard Rogers with Medley from The Sound of Music. We believe that the musical program is very interesting, and that is not all, because on the stage there will also be the actors Ana Maria Ivan and Vlad Benescu. We had a collaboration with them this year during Gaudeamus Festival and Vlad Benescu made sensation because he can ride a monocycle and juggle on the stage. At the same time, I will also tell you that we have Alexandru Anastasiu on vribrafon and Liviu Ofițeru on bass guitar as guests, and our colleague, Magdalena Faur, will be at the piano, as usual.

What is Ana Maria Ivan's role going to be?

Ana Maria Ivan and Vlad Benescusomehow present this concert, sprinkling some moments, I would say not only humorous, because there are also moments of great depth, whose role is to encourage the little ones to seek adventure and to enjoy each experience as much as possible.

The second concert of the week will take place on Saturday, and it is a part of the International Organ Festival Cantus Ecclesiae. The organist Paolo Oreni will be partner on stage. What's the thematic of the concert and what are you going to perform?

The thematic is improvisation because this concert has a unique way of performance for us as well. Radio Children's Choir will suggest the organist Paolo Oreni songs, subjects, motifs which he will develop as much as the instrumental allows him, and beyond what it means to be an organist because Paolo Oreni is double specialised, both as a very popular organist and as a very good improviser. Now we are also eager to have the meeting with Paolo Oreni because we have prepared a few special songs for him. Think that the Children's Choir will sing both Byzantine music and Gregorian music, but also modern music, and the invited organist will have to transform all these songs in streams and send them to the hall through the organ's tubes. I admit that we are all excited and a little curious of what is going to happen on the stage on the evening of the 4th of June.

After the holiday, what's the first concert of Radio Children's Choir going to be?

As far as I can tell now, we will be on stage near the winter holidays, although there are projects that should be carried out as early as September, which we are already starting to prepare. But we will definitely invite the audience to the hall, at the beginning of December with the traditional Christmas event.